Fran Campbell is a Denver native born to Filipino immigrants. She started her career as a Pediatric LPN and, before moving to the position of President/CEO of the Asian Chamber of Commerce, she was Sr. Clinical Support at Jefferson Center for Mental Health and a certified Mental Health First Aid Instructor.

Concurrently, for over 30 years, Fran was the Operating Co-Manager of Simsiman Family Enterprises, a minority owned small business in Denver.  The business included a dry cleaning service; management of apartment property; and operation of a food truck/catering business.

Fran also served 14 years as a Denver Commissioner for both the Asian American Pacific Islander Commission and the Immigrant & Refugee Commission.  As a DAAPIC Commissioner, she helped initiate the door-to-door discussions with business owners on South Federal; starting a dialogue between them and the Denver Urban Renewal Authority and the Office of Economic Development with the purpose of revitalizing this commercial retail area.

She has been an active leader in the Denver APIA community throughout her life.  She voluntarily served as an elected Director and Officer of the Filipino-American Community of Colorado.  She served on the Governors Asian Advisory Council; And she is currently on the Cultural Advisory Board of Heritage Camps for Adoptive Families; as well as a facilitator/coordinator at all nine of the Camps. 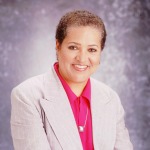 A Denver native with more than 30 years of corporate, business and non-profit organization experience, Gash-Maxey is an award-winning television, cable and film producer.  Her experience includes cable, film and television production, production management, marketing, business management and small business ownership. She is a founding partner of Three Sistahs, and a member of Alpha Kappa Alpha Sorority, Incorporated.  She has served on the Education Advisory Council for Denver Public Schools, the Task Force for the Denver Center for the Performing Arts, the Five Points Media Center Board of Directors and is currently a member of the Denver County Cultural Council.

Most recently, she was Producer of the 2010 Census Road Tour for the Denver region.  Gash-Maxey is also the owner of Maxey Media Production Group.

As vice president of documentaries and special projects for Black Entertainment Television (BET), Gash-Maxey served as the executive producer for the network’s signature biography program, Journeys In Black, a series of in-depth biographical profiles of leading African American men and women of historical, popular culture, business and social importance.  Gash-Maxey was also the executive in charge of production for the award winning, Teen Summit; a weekly newsmagazine geared toward BET’s younger audience aged 14 to 18.

Gash-Maxey joined BET in February 1997, as the Managing Producer of BET Movies, a joint venture with the Starz Encore Group.  As Managing Producer, she was responsible for the production of all on-air interstitial material for cable’s first Black premium movie channel and management of a production team of seven people.  Her other duties included administration of the production budget, strategic planning, consultation for external marketing, scheduling, acquisitions and interaction with senior management.  Under her guidance, the creative efforts of BET Movies have been recognized with Telly Awards, the NAMIC Excellence Award and the Colorado Association of Black Journalist Scribes in Excellence Award.

Gash-Maxey’s professional experience also extends beyond the television arena.  From 1990 – 1997, she worked with the Governor’s Office of Energy Conservation (OEC) in Colorado as the Youth Energy Program Manager (1993 – 1997) and Public Information Officer (1990 – 1993).  In these positions, she was responsible for the administration of the OEC’s $3.5 million youth employment program created to address the growing issue of youth violence and the agency’s principal external communication piece.  She was also a writer for the Denver Public Schools, a PR Associate for Cordy & Company, AM/FM Continuity Director for KOA/KOAQ Radio and Executive Coordinator for Odell Barry MS Sports Celebrity Dinners.

Gash-Maxey graduated from Colorado State University, where she studied Speech and Theater Arts/Radio and Television Production.  She resides in Denver, CO with her husband, Thomas Maxey. 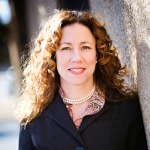 Kristen Blessman came to Goodwill Industries of Denver in 2008; having been drawn to the organization’s triple-bottom line business strategy of people, profit and planet.  Ms. Blessman was enthusiastic about helping to lead an organization with a sustainable business strategy driven first by serving people, having a business model that generates revenue to serve and ultimately preserving the planet by giving donors a place to recycle used goods.  Ms. Blessman was responsible for the complete re-branding of Goodwill’s image in 2009 and started Goodwill’s first customer loyalty program, Club Blue in 2012.

Having been promoted to Chief Marketing Officer at Goodwill in 2013, Ms. Blessman oversees marketing and business development; as well as new social enterprise and strategic planning.  In addition, she is The Executive Director of the organization’s new placement division “Joborado.”  Her position ensures both long-term organizational and economic growth of the local community by providing employment and training for those most in need of assistance.

Ms. Blessman has served as a volunteer for the American Marketing Association, The Hispanic Chamber of Commerce marketing committee, and is a past board member for the Denver Press Club and The Women’s Leadership Foundation. She also volunteers for Goodwill Industries of Denver’s youth career programs in several metro Denver high schools and is a volunteer presenter at Metro State, Argosy and Regis University.

She earned a Bachelor of Arts Degree in English from The University of Colorado at Boulder and a Master of Business Administration Degree in Marketing from Regis University. She currently lives in Denver, CO with her 12 year old son. 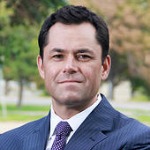 Mike is a self-described “serial entrepreneur” who believes “The most valuable thing you can make is a mistake – you can’t learn anything from being perfect.”

Mike brings a strong understanding of the Hispanic community and the business issues of many Hispanic organizations to his work with the Hispanic Chamber of Commerce. He has often used this understanding to help shape regulatory and legislative strategy.

In addition to his work in Spanish language media, he also has been involved in companies that operate in the entertainment and hospitality industries. Mike formerly owned a 25,000 square foot event center and headed up a promotional group responsible for producing, planning and marketing entertainment events that primarily targeted the Hispanic market with attendance between 1,000 and 20,000 per event.

Most recently he created and led an investment group that successfully acquired spectrum in FCC auctions. In addition to previously identifying broadcast properties outside of CO and directing the acquisition strategy which lead to increased profitability.

Whether serving as a company executive, a volunteer on at a non-profit, or a political fundraiser, he recognizes that building coalitions with all stakeholders is paramount. Mike is a longtime and present member of the Hispanic Chamber of Commerce Board of Directors, as such he is very experienced with non-profit board management. Mike has worked tirelessly in that capacity with numerous non-profit organizations, including: the Colorado Children’s Campaign, Robby’s Friends, Mi Casa, the Hispanic Chamber Education Foundation, Denver Health Foundation, Denver Public Schools Foundation, The Ohio Center for Broadcasting and Susan G. Komen Colorado and many others.

He is most passionate about empowering traditionally underserved populations to close educational achievement gaps, pediatric oncology, mental health awareness and the opportunities and challenges that the Hispanic business community as a whole.